Mbbr bio filter media is one kind of new bioactive carrier as a house for attached growth bacteria in mbbr process. Mbbr media is also called kaldness media, it works as carrier for the growth and attachment of microorganisms are directly put into the mbbr system, the waste water go through the suspended carriers in MBBR reactor,kaldness media adopt scientific formula and blend some micro-elements in the high polymer material, which microorganisms attach themselves to submerged moving biofilm carrier, forming a biofilm. Air is transferred into the water, mixing the media and water and providing oxygen to the bacteria. The mbbr media biofilm absorbs, oxidizes and reduces organic and inorganic material thus providing treatment.

Why is the aerobic pool very cloudy? I obviously increased the aeration volume!

Does n’t it mean that the more aeration of the aerobic tank, the better?

Answer: Because the aeration volume of the aerobic tank looks simple, it should actually be just right. If the amount of aeration is insufficient, the nitrification effect will be poor, and the fluidization effect will be poor, and the nitrifying bacteria cannot be fully cultured. However, too much aeration will cause the sludge to swell and fall, resulting in muddy water. Therefore, the specific analysis of specific problems requires the control of aeration for specific problems. 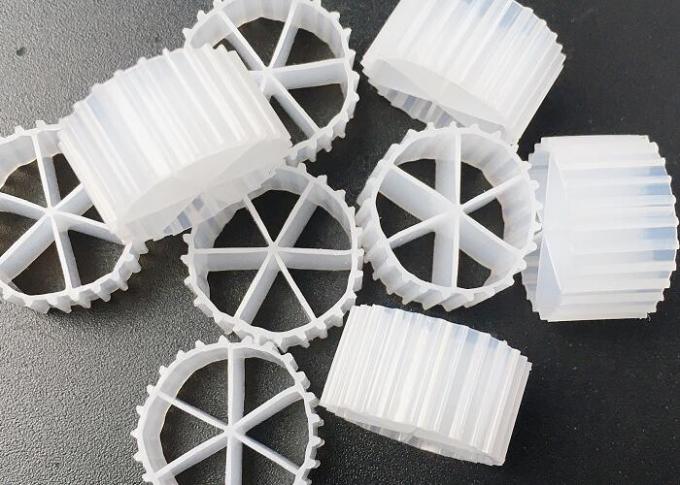